Create an Account - Increase your productivity, customize your experience, and engage in information you care about.

Abigayle “Abby” Frautschi was appointed as City Secretary for the City of Poteet in October of 2012.  The City Secretary works directly under the supervision of the City Administrator and in close relation to the Mayor and City Council.  Abigayle has more than 10 years’ experience in Municipal Government.  She previously worked with another City, and served as a Court Clerk. There, she received her Court Clerk I Certification.  She is currently working on getting her Court Clerk II Certification, as well as starting the process of becoming a Texas Certified Municipal Clerk.  Abigayle made the decision to transition to Poteet in October of 2012, so that she would be close to her children attending school at Poteet ISD.

As the City Secretary, Abigayle has many duties to fulfill.  She is the Official Records Keeper for Poteet, and attends all City Council meetings to record the Minutes, and post the Agendas.  She also attests to the City Officials signatures on most documents.  Abigayle also serves as the Human Resource Department for the City of Poteet, along with doing Payroll, Accounts Payable, and serves as the Court Administrator under the Honorable Judge Bill Gamez. 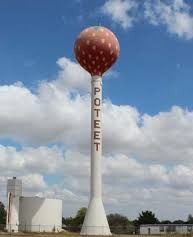 Here are the most common fees charged for Public Information Requests