Poteet is a city in Atascosa County, Texas, United States.  The population was 3,260 as of the 2010 census.  It was named for its first postmaster, Francis Marion Poteet.  It is best known as the birthplace of country music star, George Strait.  Poteet is also known for its "Poteet Strawberry Festival”.

The town of Poteet traces its history to the 1880s, when Francis Marion Poteet brought his family to the Poteet / Pleasanton area after they left the California Gold Fields in 1860.  Francis M. Poteet operated the post office out of his blacksmith shop in the 1886. The town was named after him because he was a pioneer, explorer, army scout, post rider, storekeeper, miller, farmer and rancher.

Poteet sold his business to Henry T. Mumme before 1900.  Henry T. Mumme contributed enormously to the town's growth.  He found the artesian wells in 1904; this made the land more attractive to farmers.  Mr. Mumme also donated 400 acres of land were the town site was built.  Mumme was one of the first to grow strawberries in the area.

Since the area had been referred to as Poteet as a result of the early mail service, the new town was named in honor of Francis Marion Poteet.  Mumme moved his store to the new town site in 1911.

Mumme drilled the town's first artesian water well and is credited with introducing the cultivation of strawberries here.  The artesian water, together with the sandy soil of the region, proved ideal for growing the strawberries.  Known statewide for its superior quality strawberries, Poteet has been nicknamed the "Strawberry Capital of Texas." 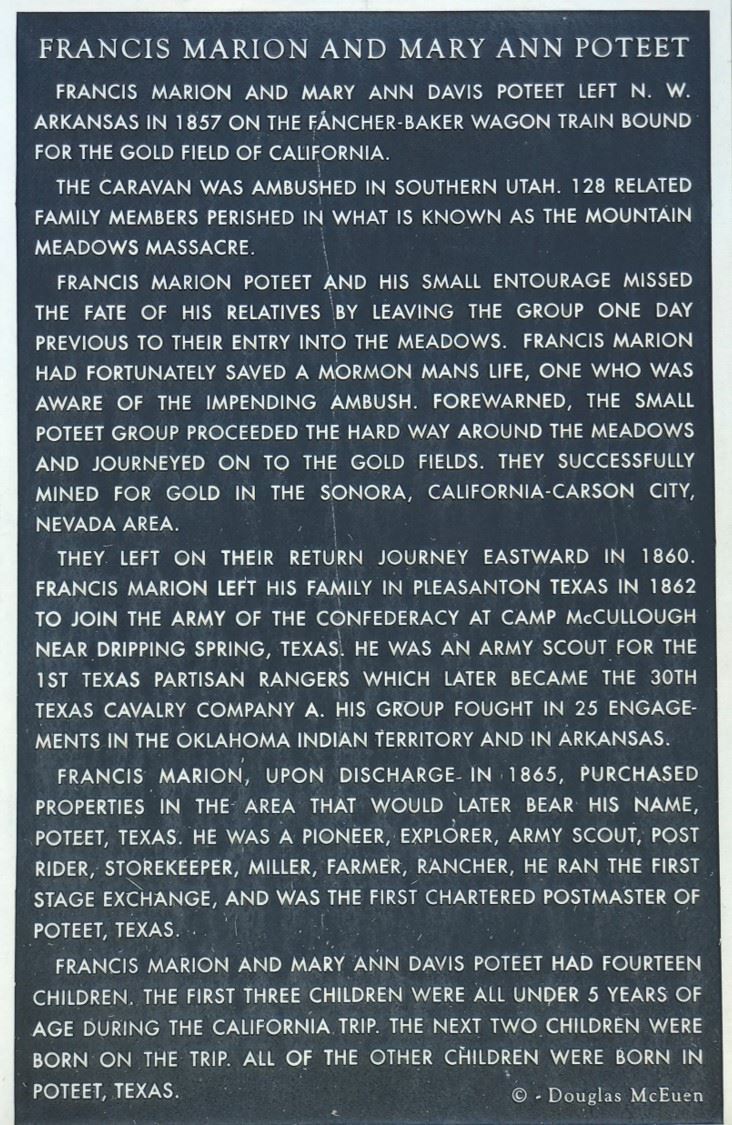 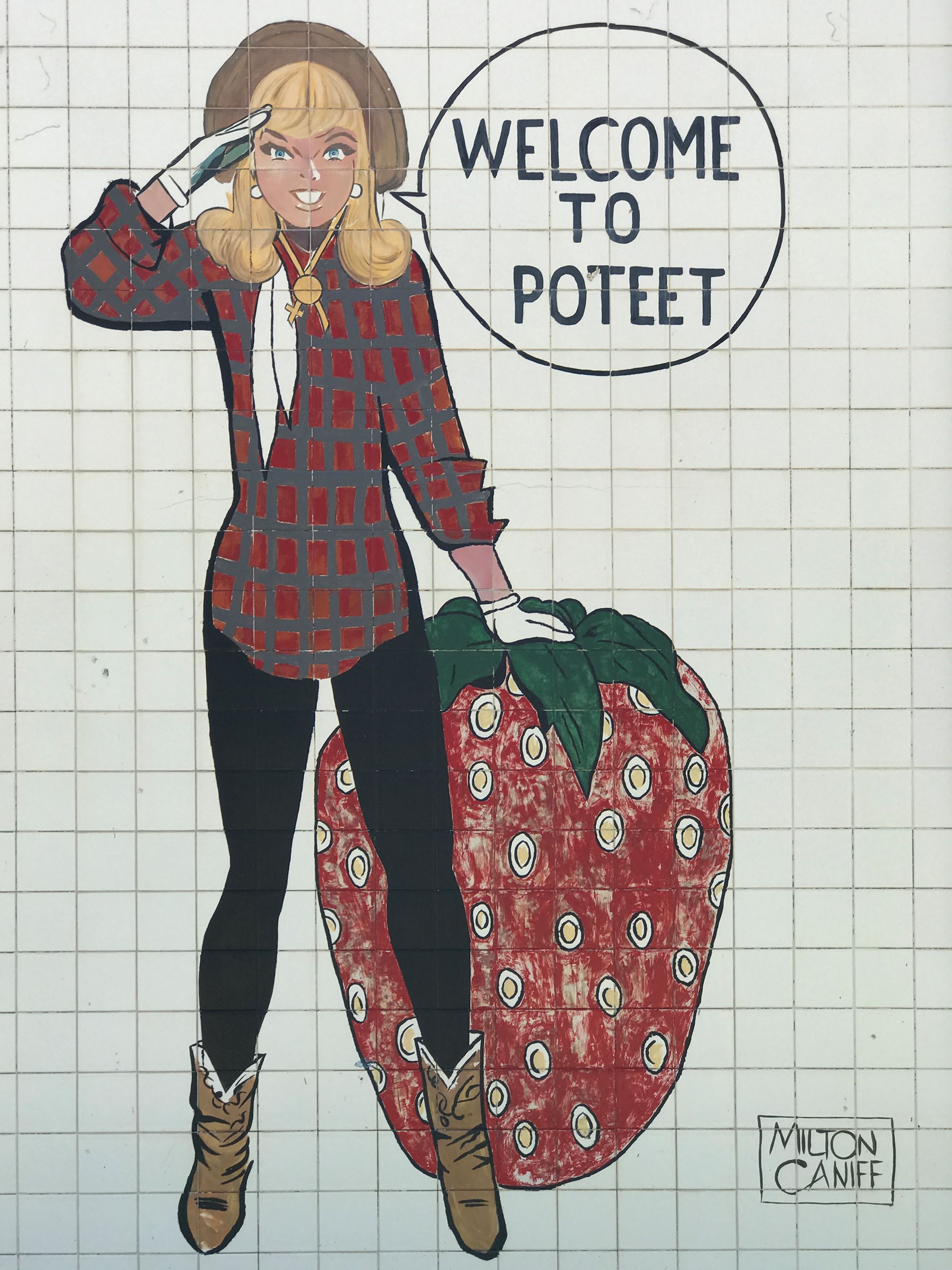 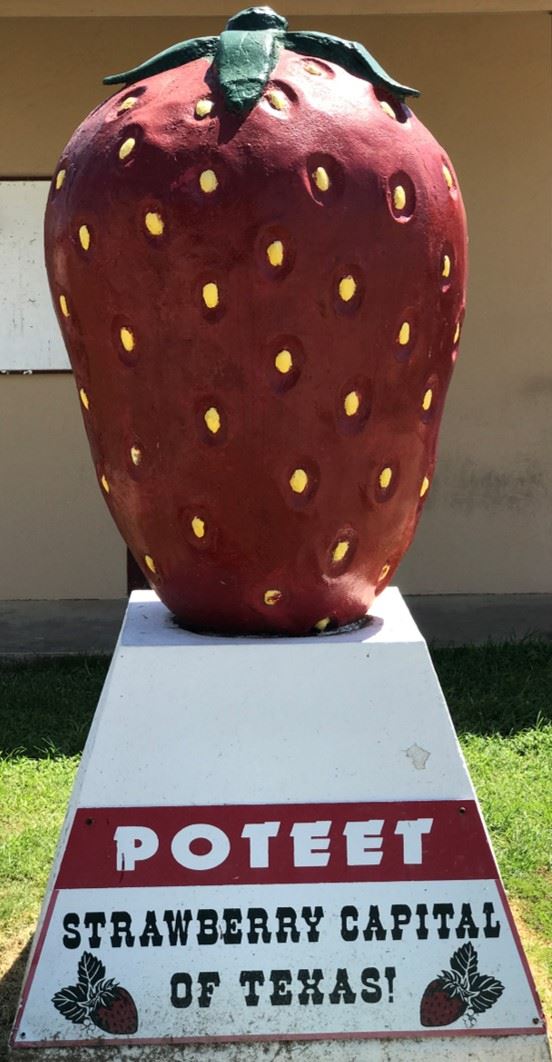